Here's a variety of stuff I squeezed in over the last year or so: 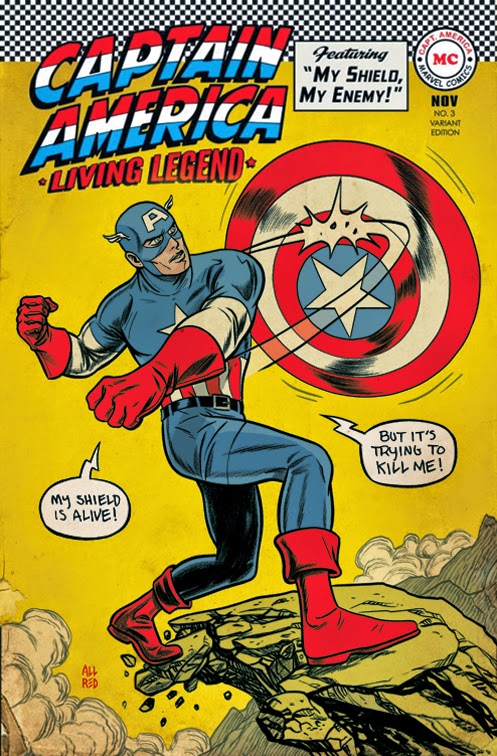 Funny thing about this Captain America variant cover, I don't even remember
how the idea for it came to me, but I had sent Marvel two files: a "clean file"
along with a file with all my hand-drawn text and go-go checks (Hey, that rhymes!)
in case they wanted a slicker look.  But when they made a big nifty poster they
accidentally used the file without the word balloons.  So if you only ever saw the
poster you'd be flummoxed about WHY Cap was punching at his own shield!  Hah!
Makes me laugh.  I just can't hide the fact that I'm a weirdo anyway you look at it. 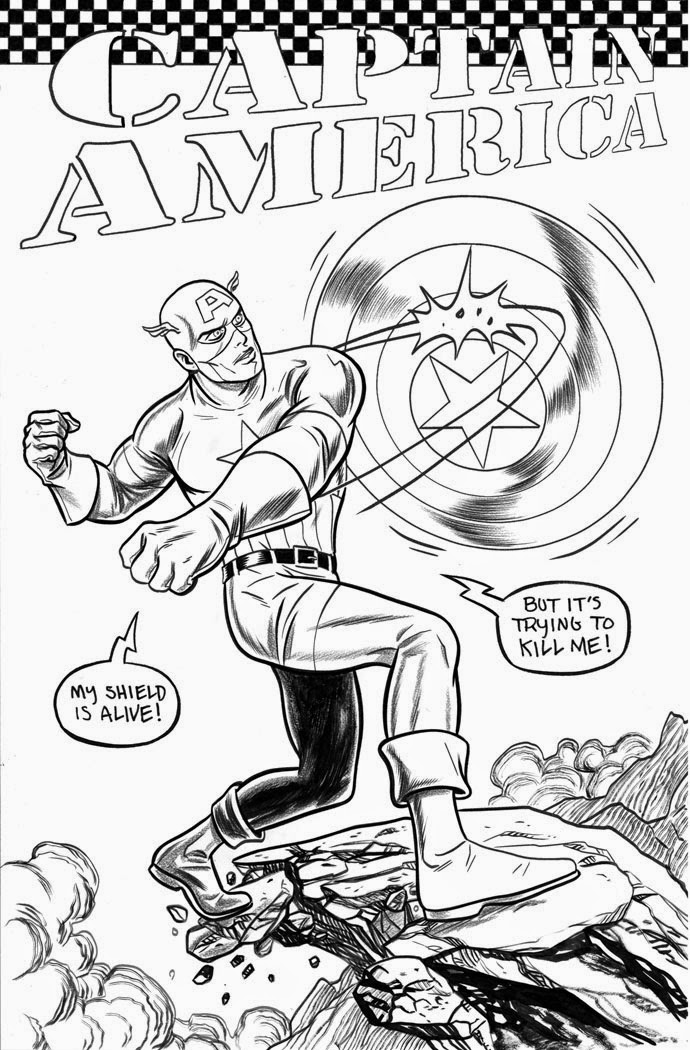 This AVENGERS A.I. cover was a treat simply because I'm a HUGE
fan of THE VISION!  And it gave me the chance to play with a pinball
machine cover idea I'd had rolling around in my head. 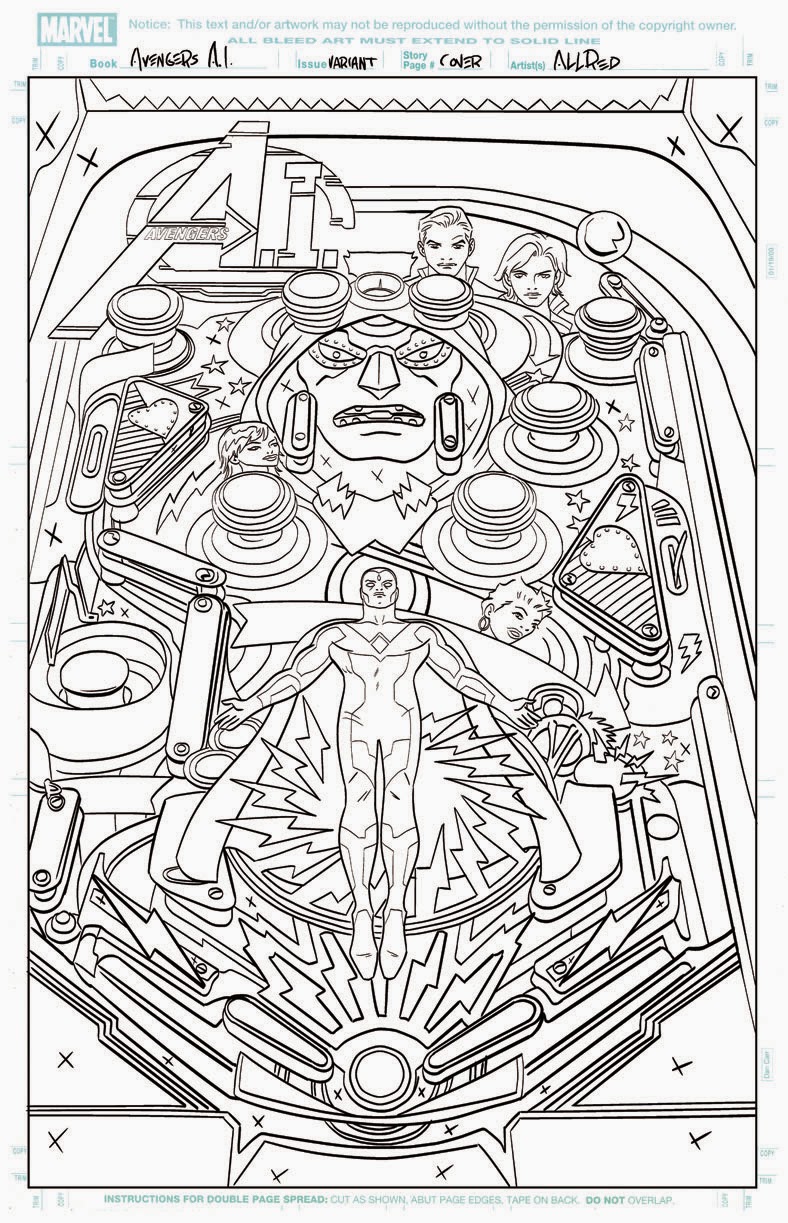 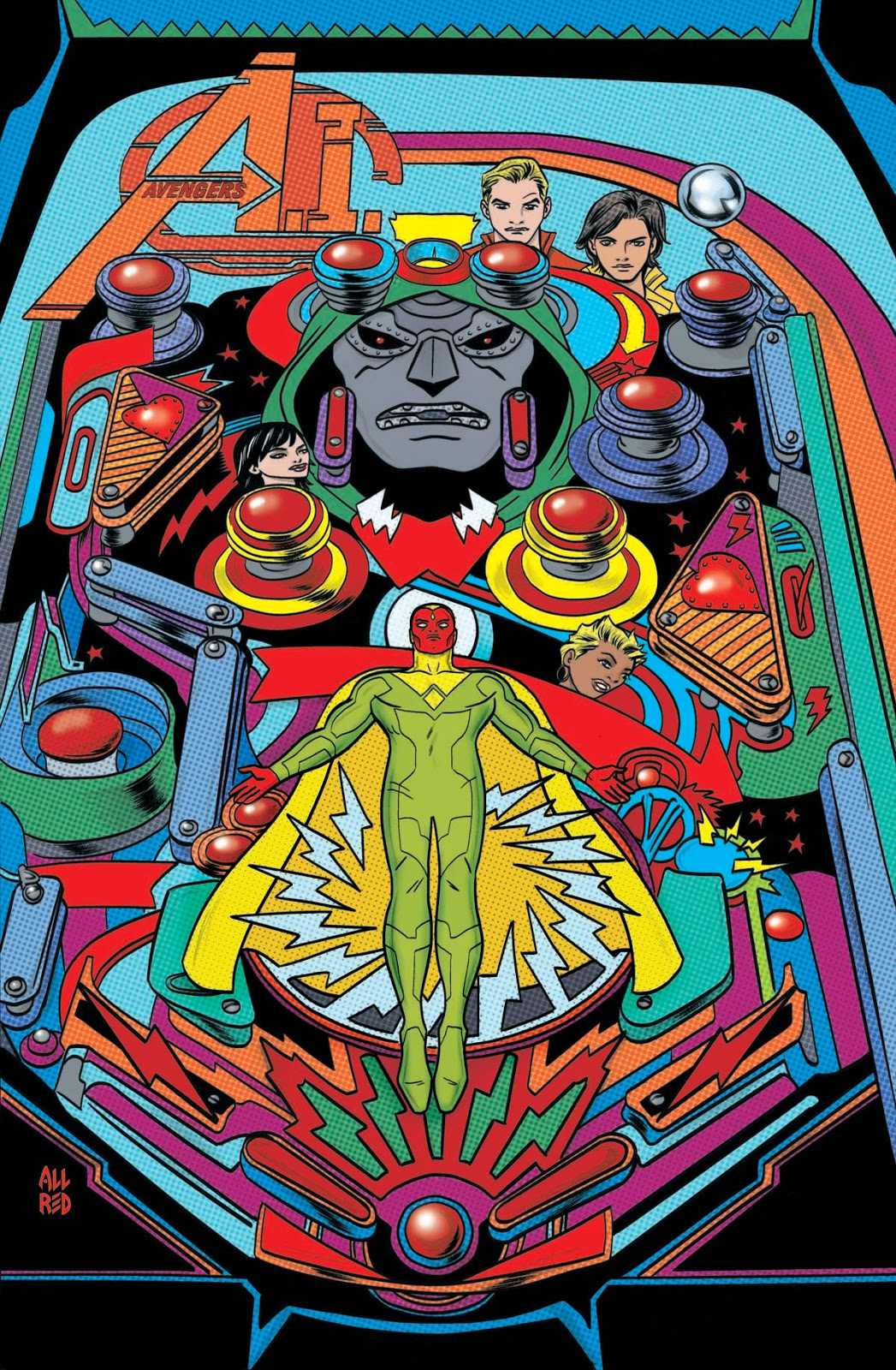 And then I was asked to do an update of an Avengers cover with our DOOP! 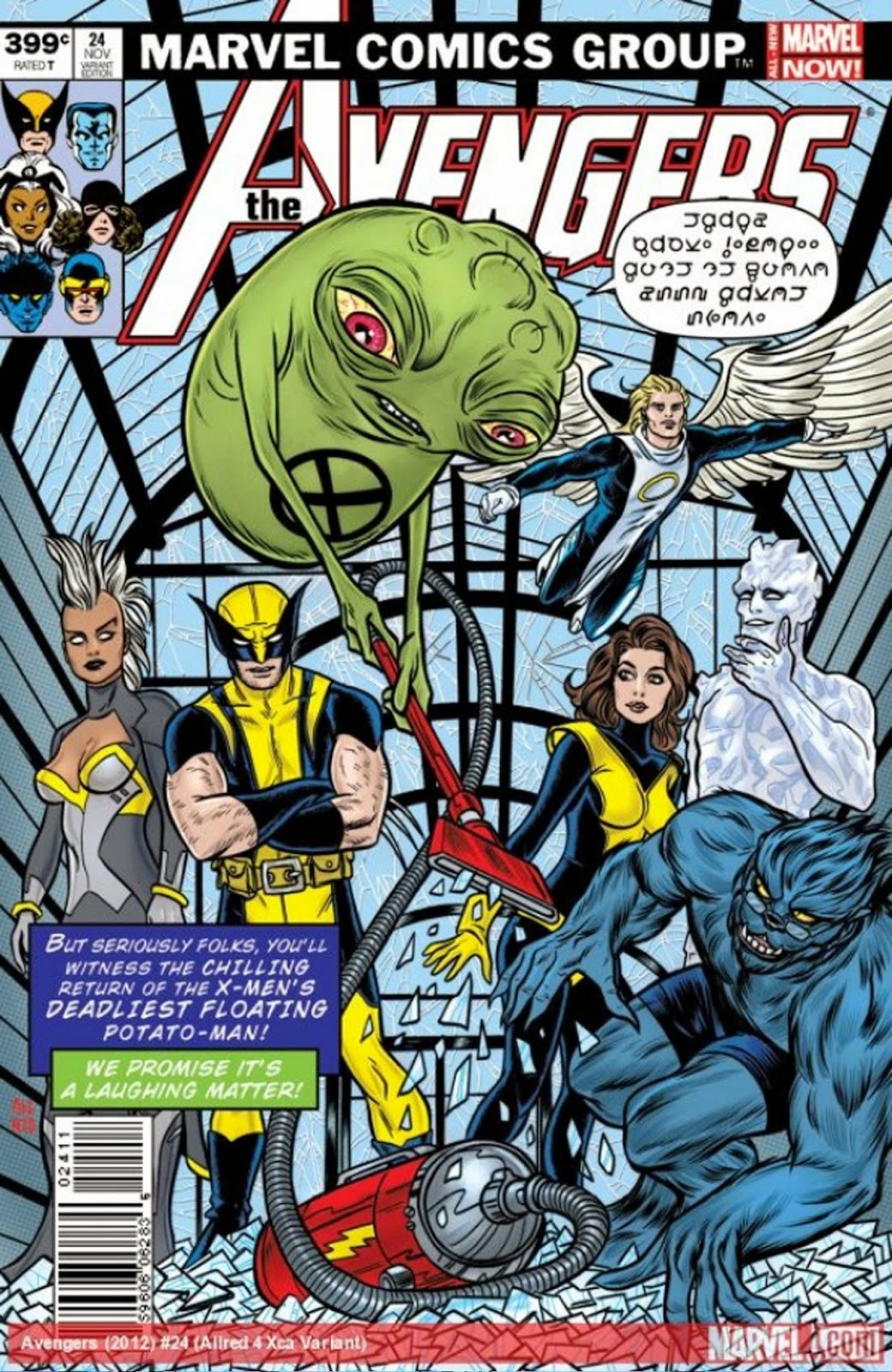 One of my biggest influences, and mentor, was Alex Toth.  He drew a couple
short stories and a handful of covers/pin-ups of THE FOX.  Those few pieces
were a gigantic inspiration to me, as well as one the things that inspired my own
MADMAN creation.  So when my pals Dean Haspiel and Mark Waid were
doing a full-on revival of the Toth-designed character in an epic new series
from RED CIRCLE, I lept at the invitation to do a cover. 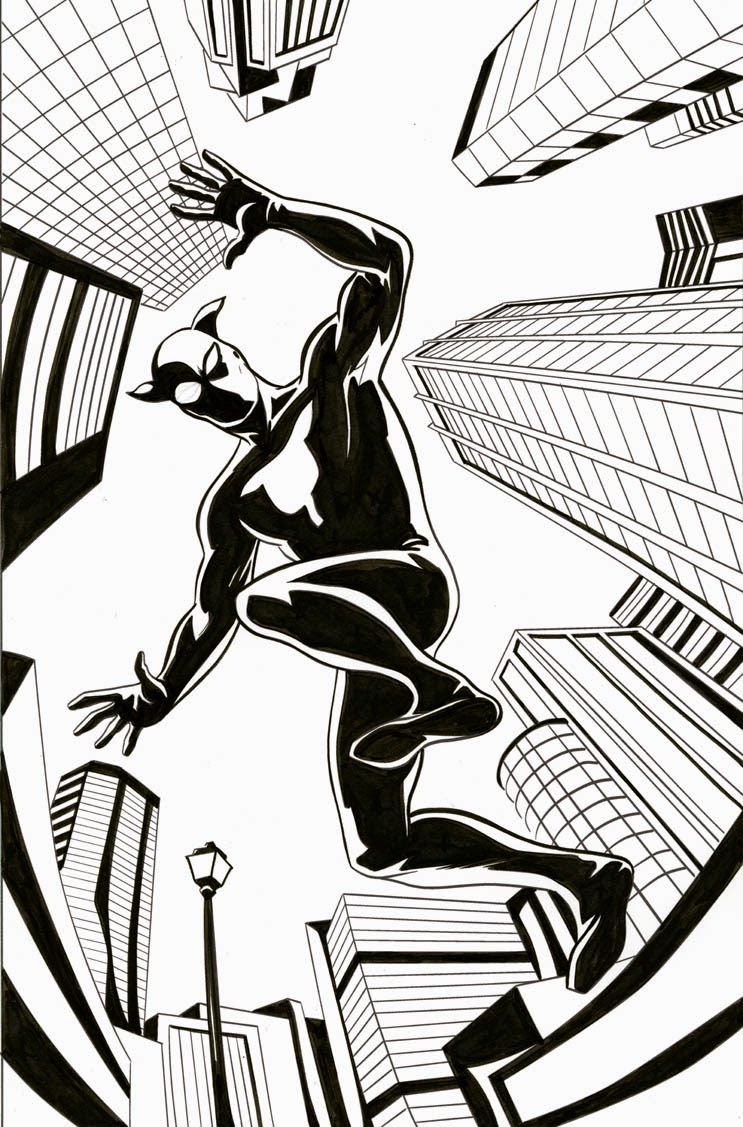 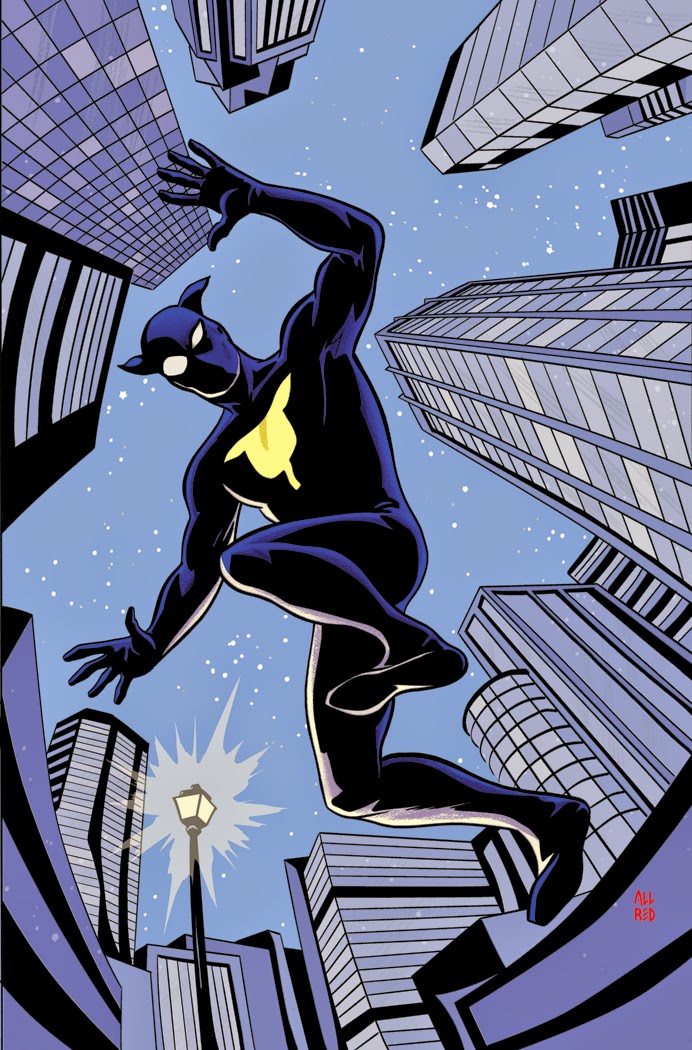 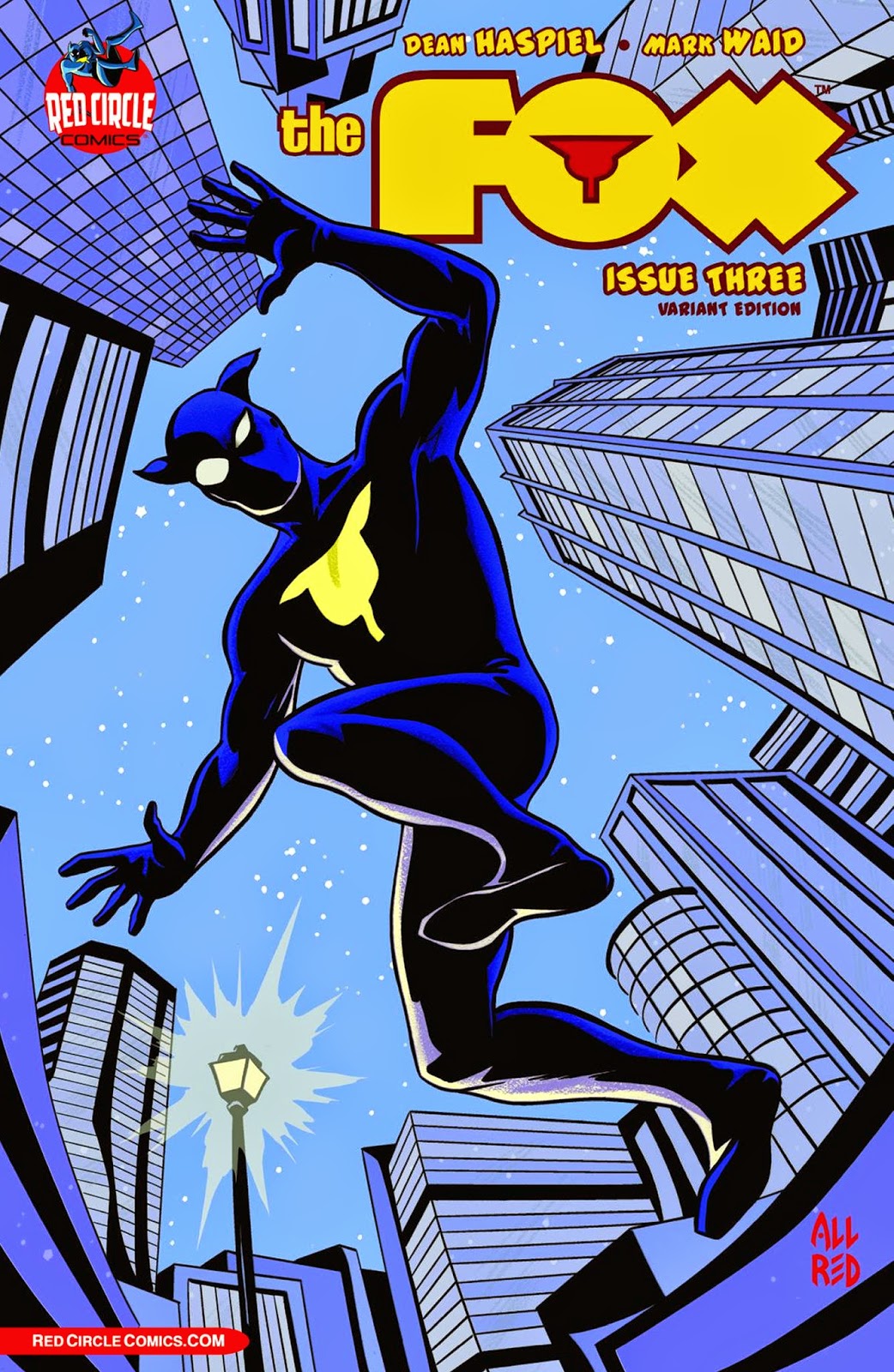 RED CIRCLE, is an imprint of ARCHIE COMICS.  They soon after
asked me if I'd do a cover for the (DEATH of) LIFE OF ARCHIE.
WHAH?!  The series was ending with Archie giving his life for a friend.
Initially, I wasn't sure of the appropriate tone, and so I find myself censoring
here.  I worked up three other ideas that were flat-out grotesque.
I just don't have the guts (or maybe I have some good taste) to show
them here or anywhere.  Let's just say they would have been more
appropriate for an EC comic (which run rich thru my blood).  But here
is what I ultimately brought to completion.  Still horrific for such an icon. 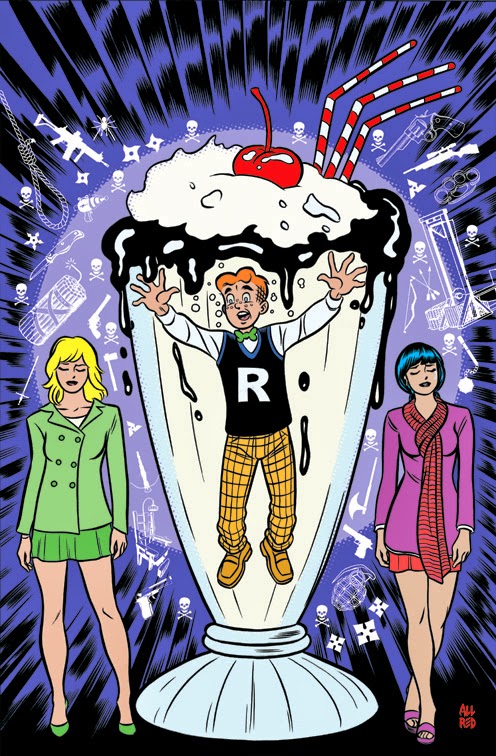 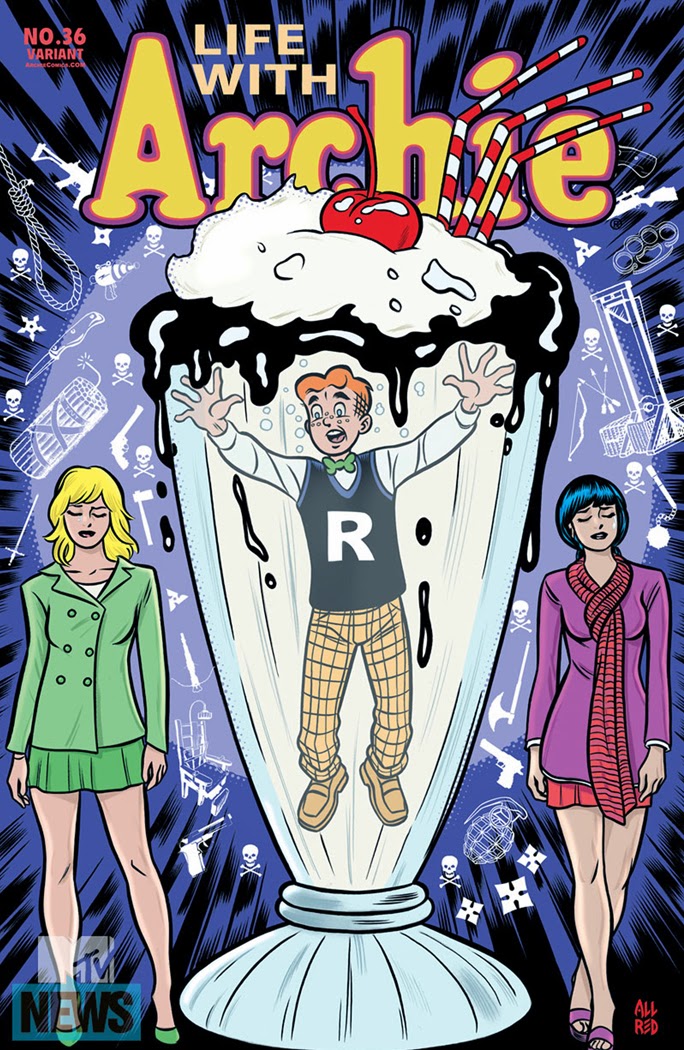 Posted by Michael Allred at 3:49 PM