FRANK EINSTEIN! THE ONE! THE ONLY! THE ORIGINAL!

My creation Frank Einstein has been with me for most of my life.  I remember as a kid thinking how clever I was putting those two names together ( I don't know if anyone is ever as clever as they think they are).  But it wasn't until 1990, when my career as a writer/artist officially began, that my humble creation became a published reality.  My pal Bernie Mireault and I got with Jeffrey Lang to create an anthology called CREATURES OF THE ID which contained three stories all pencilled by me, all inked by Bernie, and the first two stories written by Jeff. The third story was written by me, FRANK EINSTEIN in FOR THE RECORD.  This was lettered by my wife, Laura Allred. 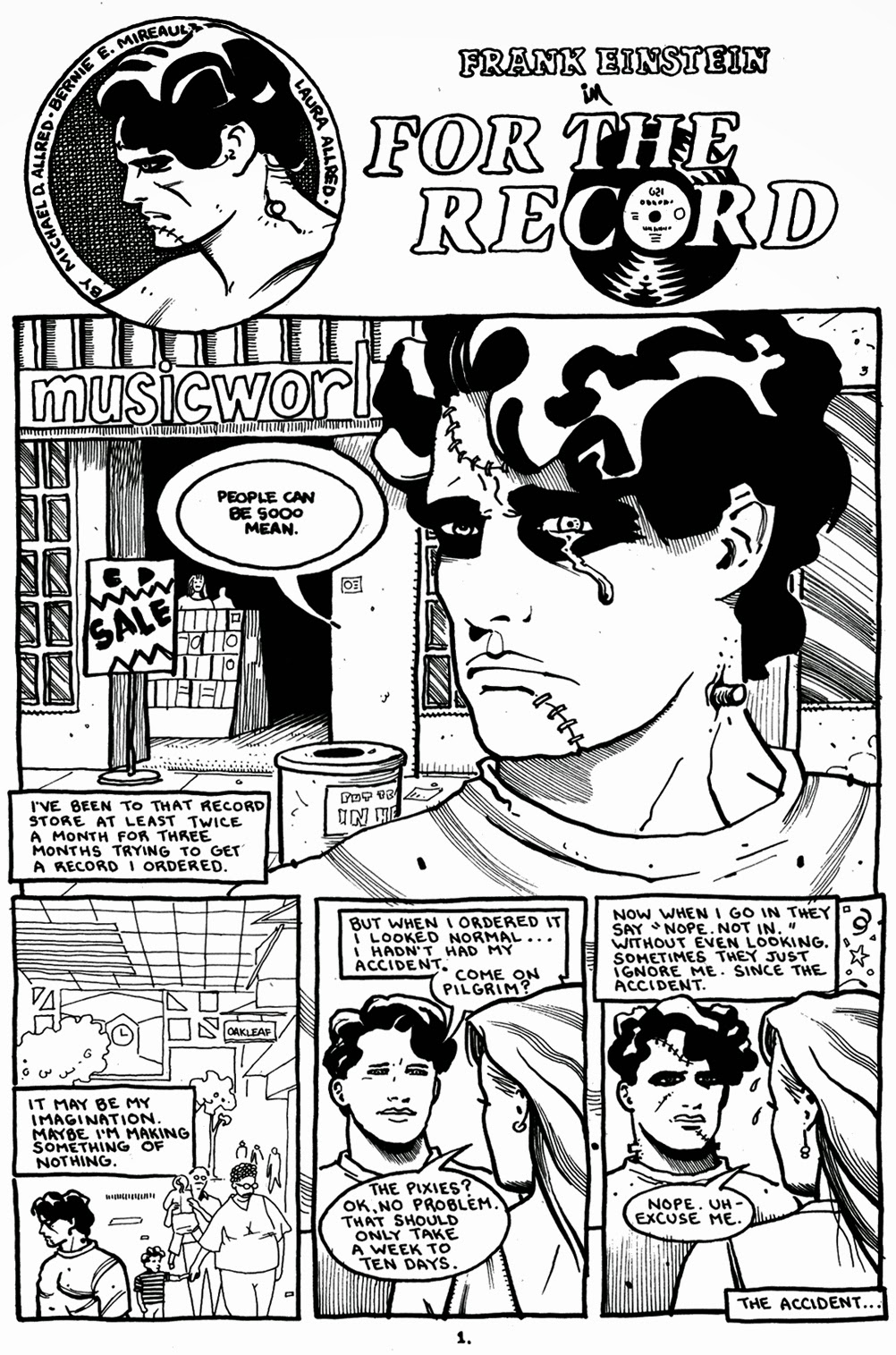 Bernie and I collaborated on the wraparound cover.  I drew it up and Bernie painted it. 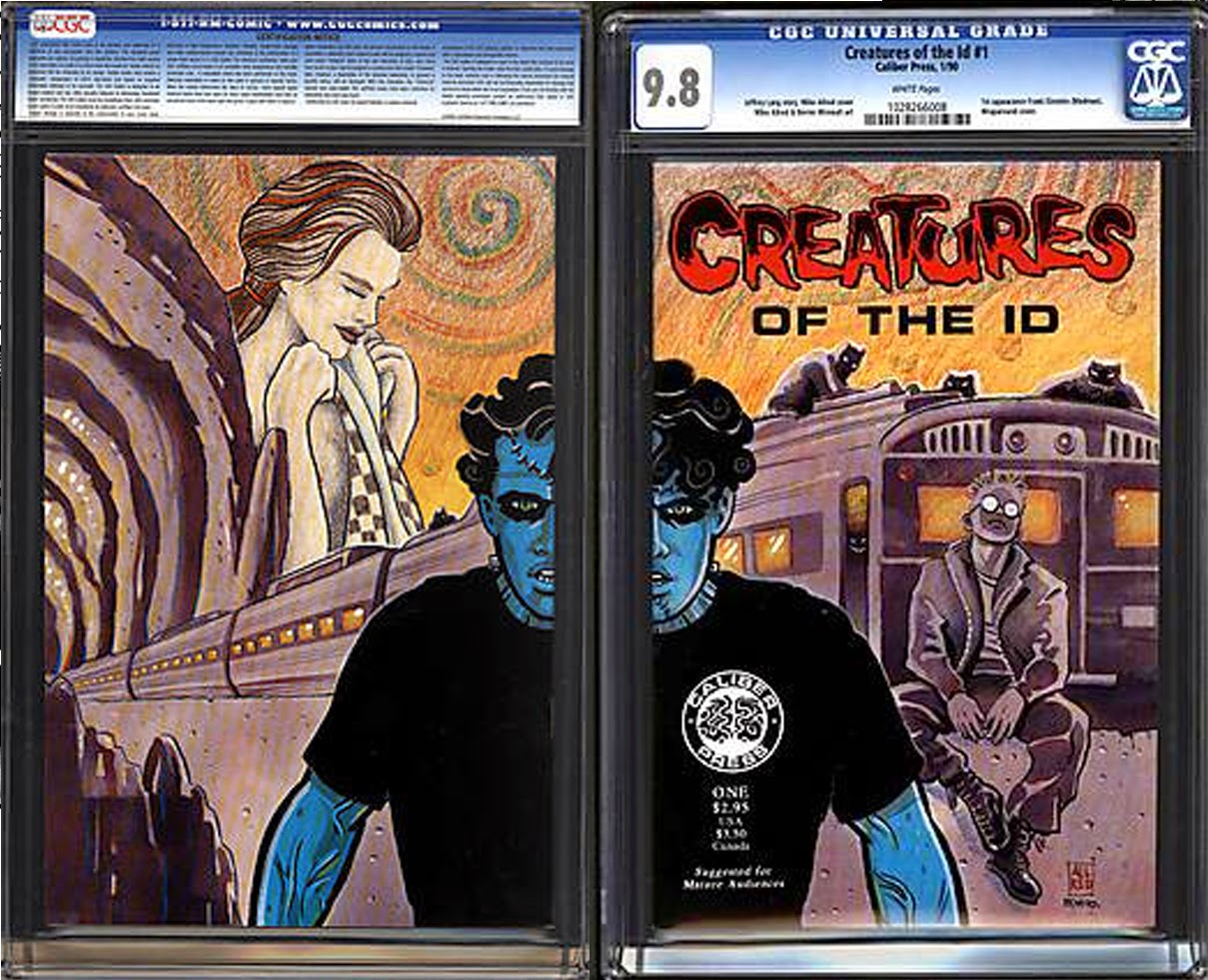 And so, this became the first official appearance of FRANK EINSTEIN.
But almost simultaneously my first issue of GRAFIK MUZIK was released.  This was my first full color book (THE EVERYMAN colored by Bernie for Marvel's Epic line would soon follow).  It was also my wife Laura's first foray into coloring comics.  This book continued the adventures of Frank Einstein, still two years away adapting his alter ego, The MADMAN of Snap City!
Many people are under the impression that this is Frank Einstein's first appearance. And it may have been at some comic shops. Shipping was a bit spotty back then and they were released just weeks apart. 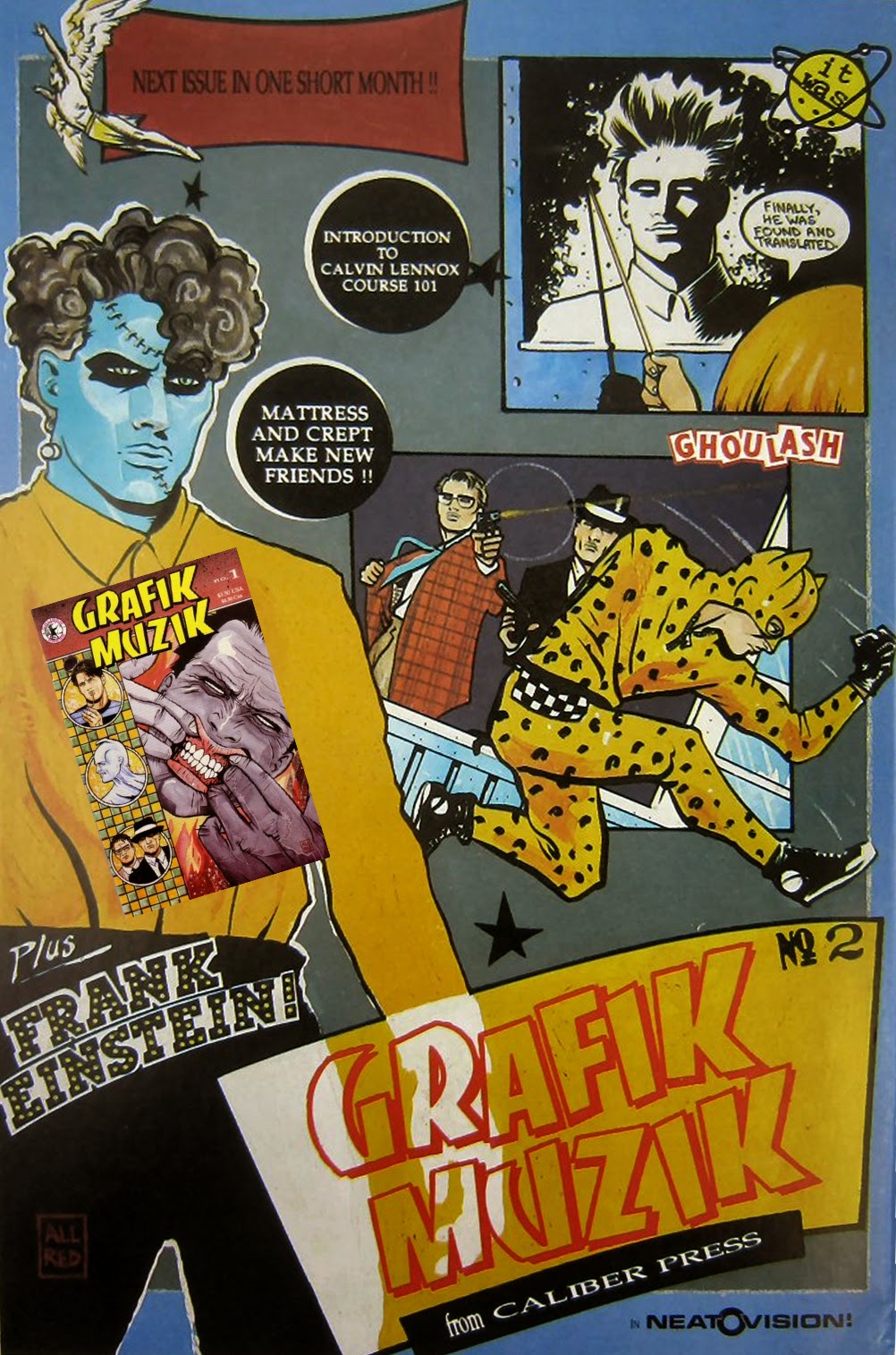