It's crazy to think that in a couple year's time I've done over 40 Batman
(or Batman inspired) covers!  I dreamed big when I was a little kid, but
I don't think I dreamed this big.  Laura and I have been having the best
time with everything we get to do in the "Comic Book Biz"and don't
take anything for granted. I'll update with more cover images when I have
another stack built, but here's what I've drawn, and Laura has colored,
that has been released so far: 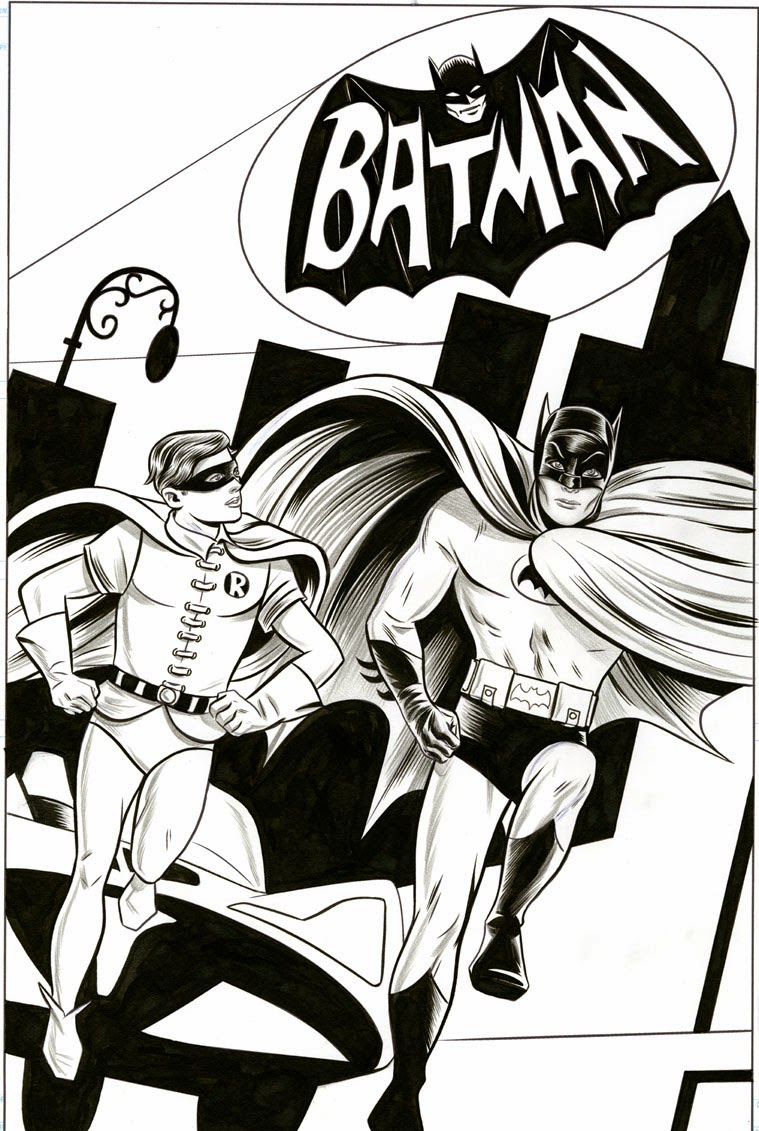 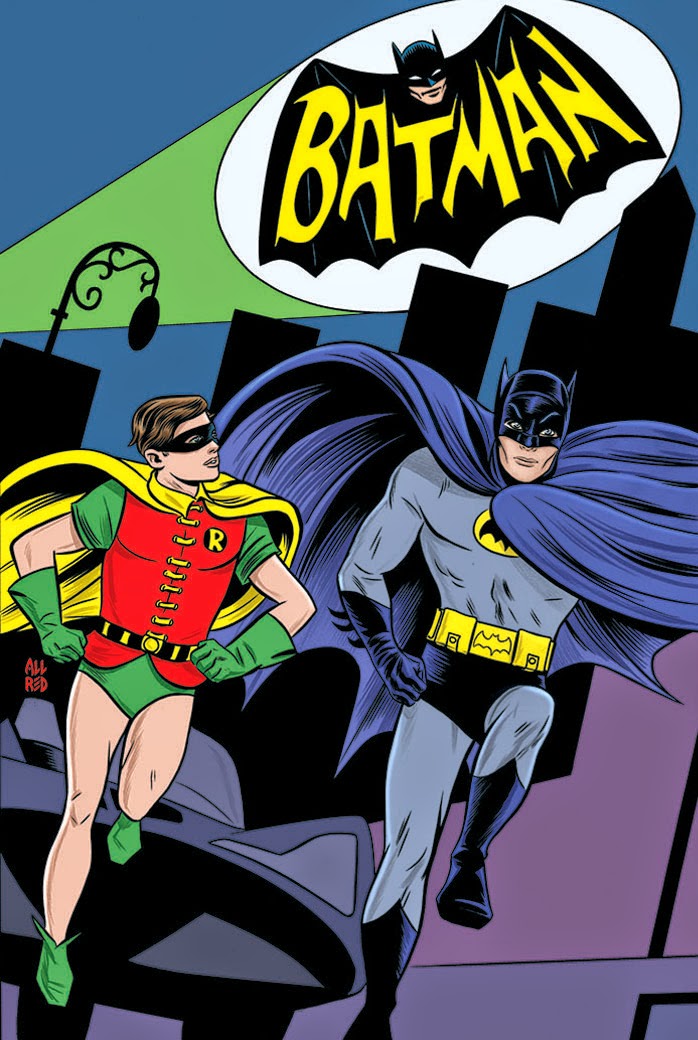 So excited to draw the BATMAN '66 covers, I actually drew the era's logo
on the original art for a couple of the covers.  Couldn't help m'self.
This image immediately came to mind, wanting to incorporate the Adam West
& Burt Ward likenesses into the show's animated opening credit design.
My brother, Lee, and I are creating a story for the series that is built entirely
around the images from that sequence.

BATMAN '66 no.2
The Batgirl image was digitally removed and used for a later issue. 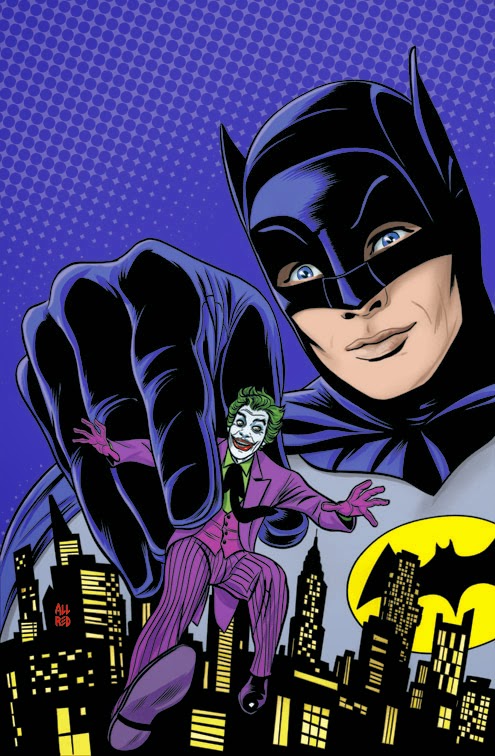 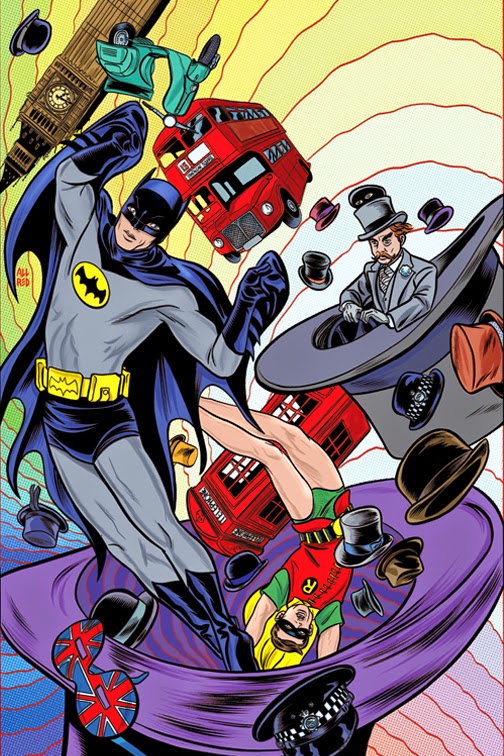 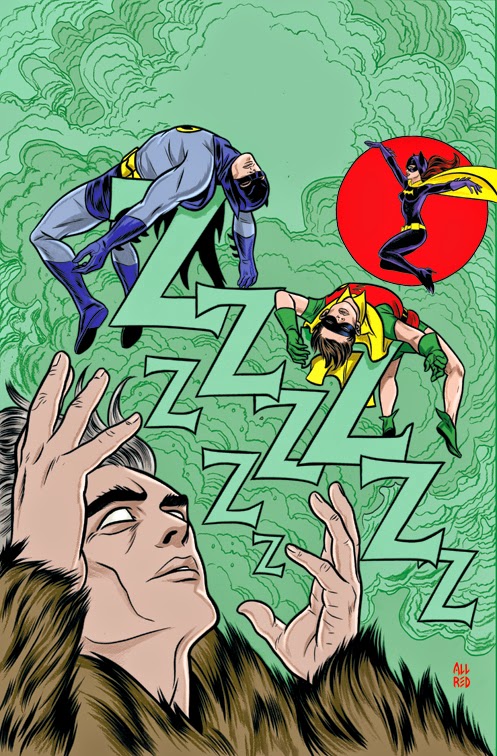 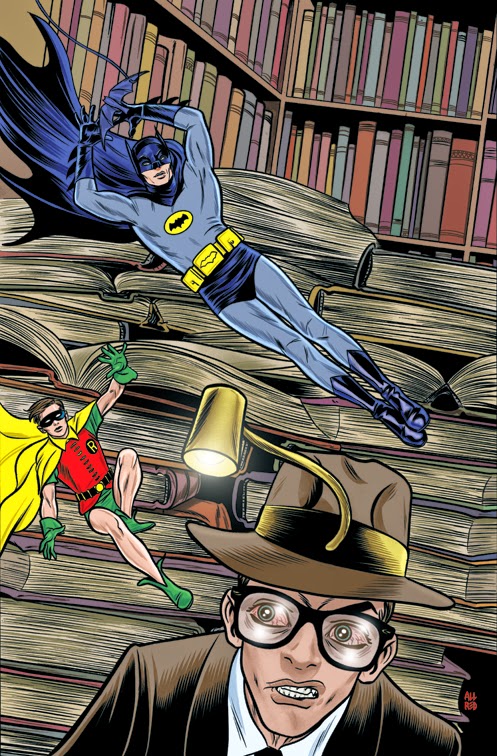 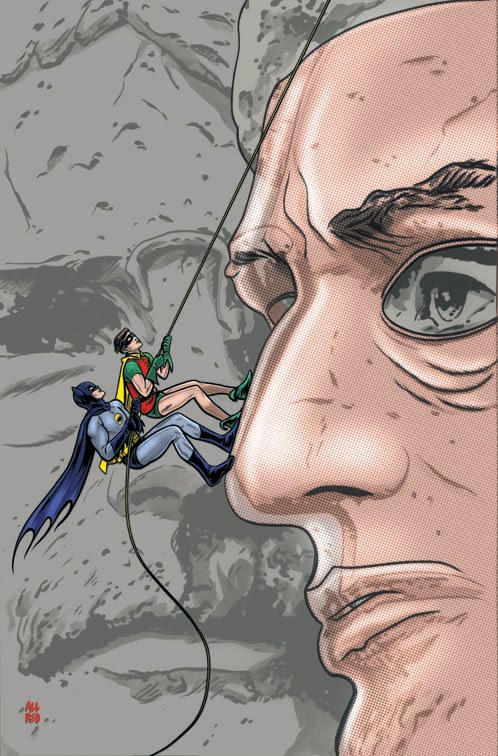 BATMAN '66 no.8
I think this was the second cover I completed (which would explain
why I again drew the logo directly on the original art).  The story got
bumped for a later issue.  This art is now getting prepped for a gallery
show in Portugal. 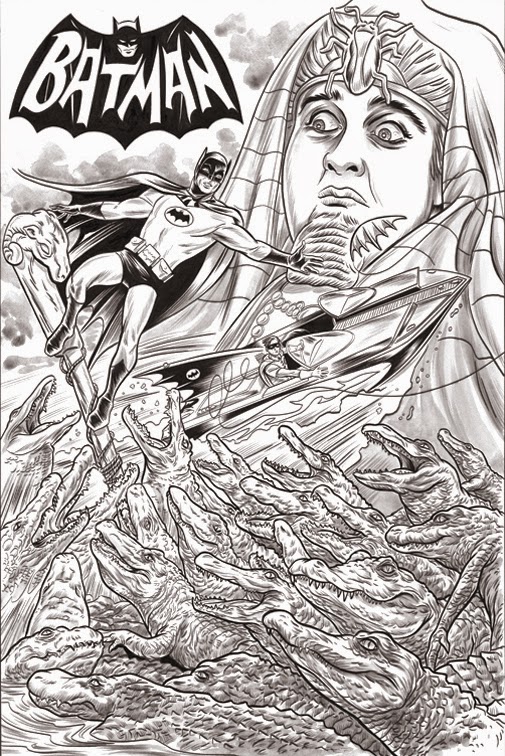 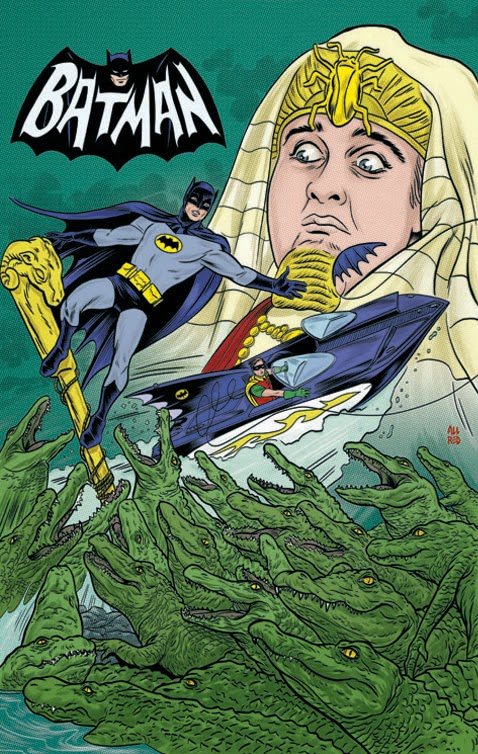 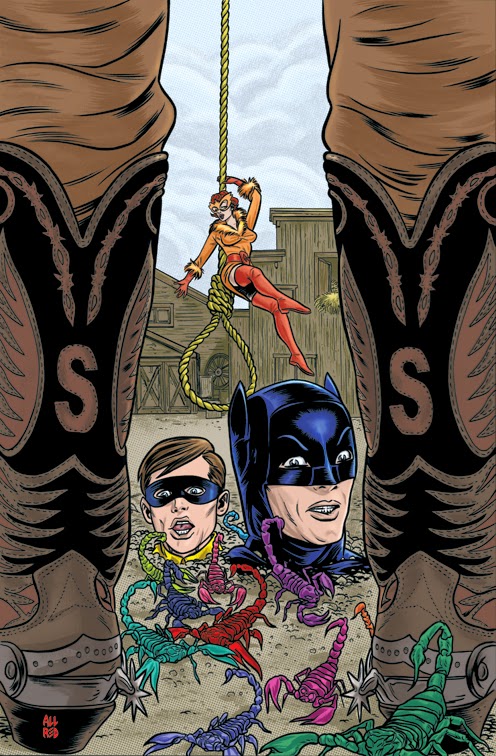 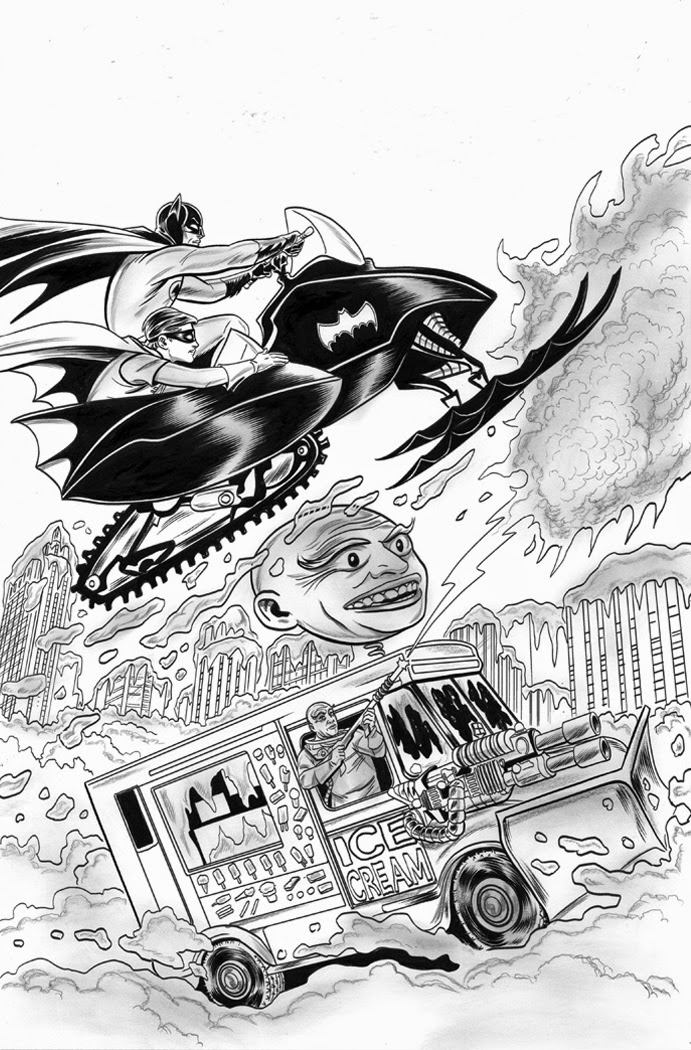 BATMAN '66 no.11
This is my Batman '66 cover that was released in my month of DC Covers 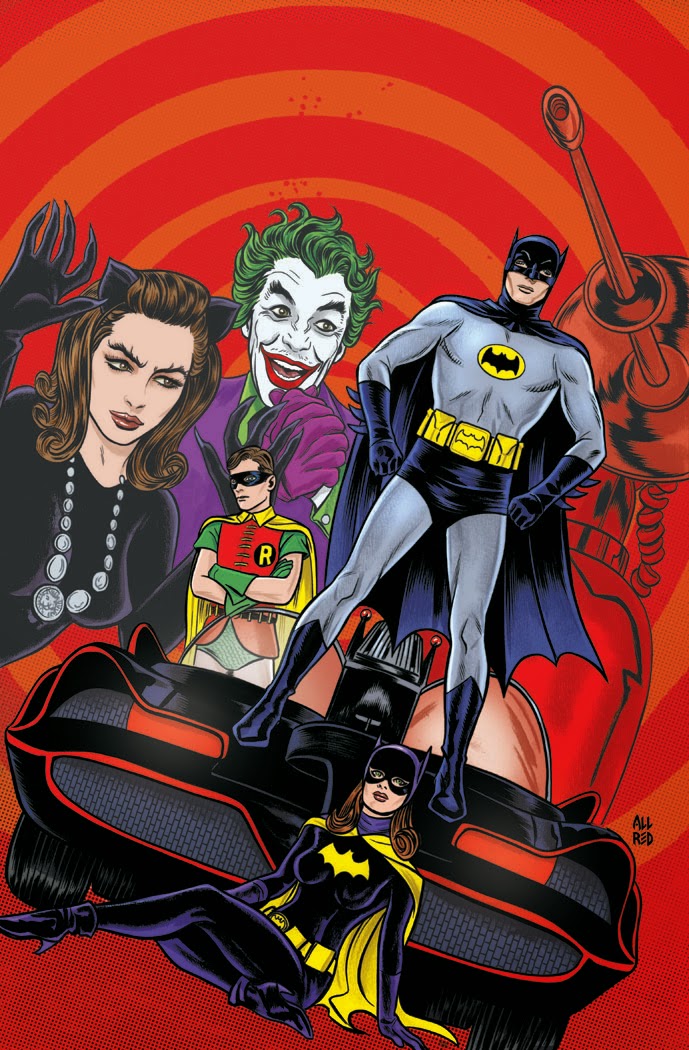 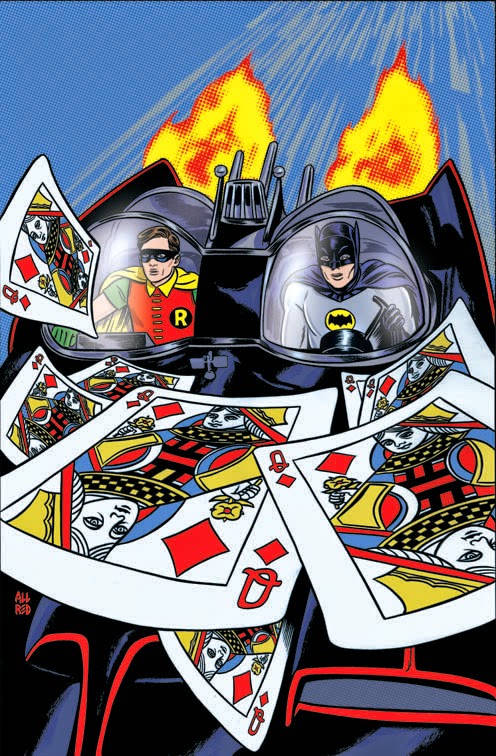 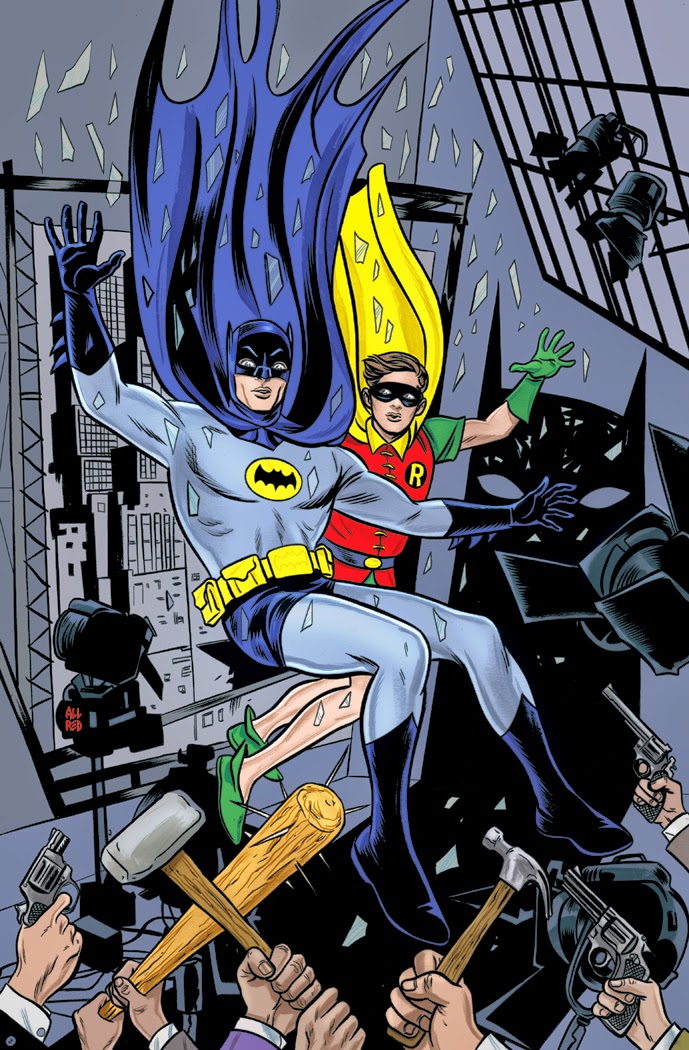 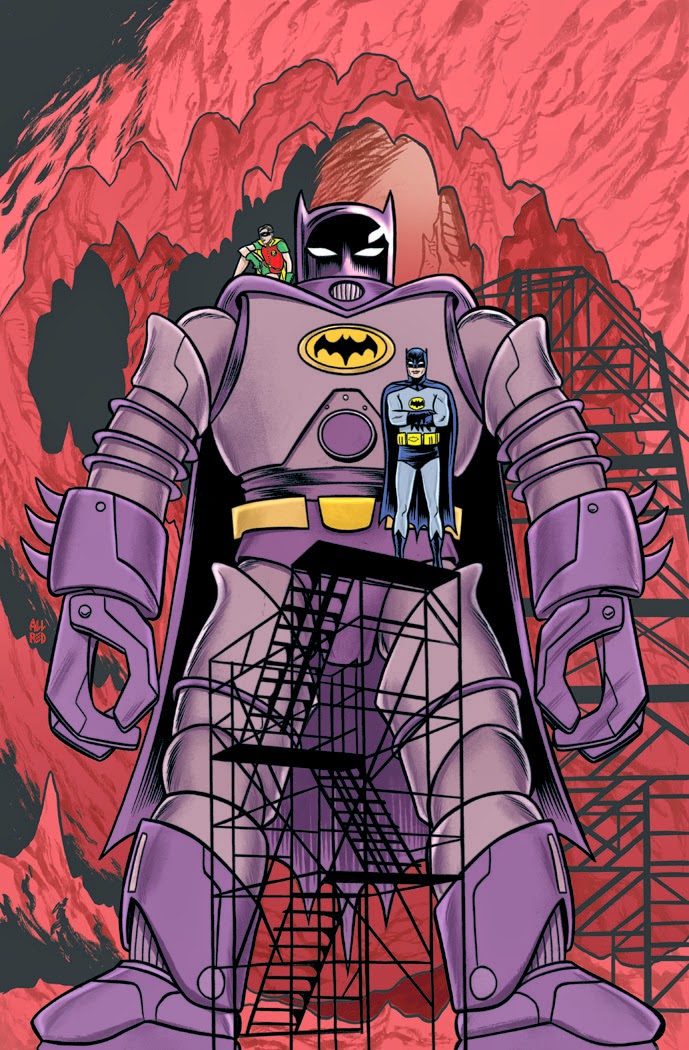 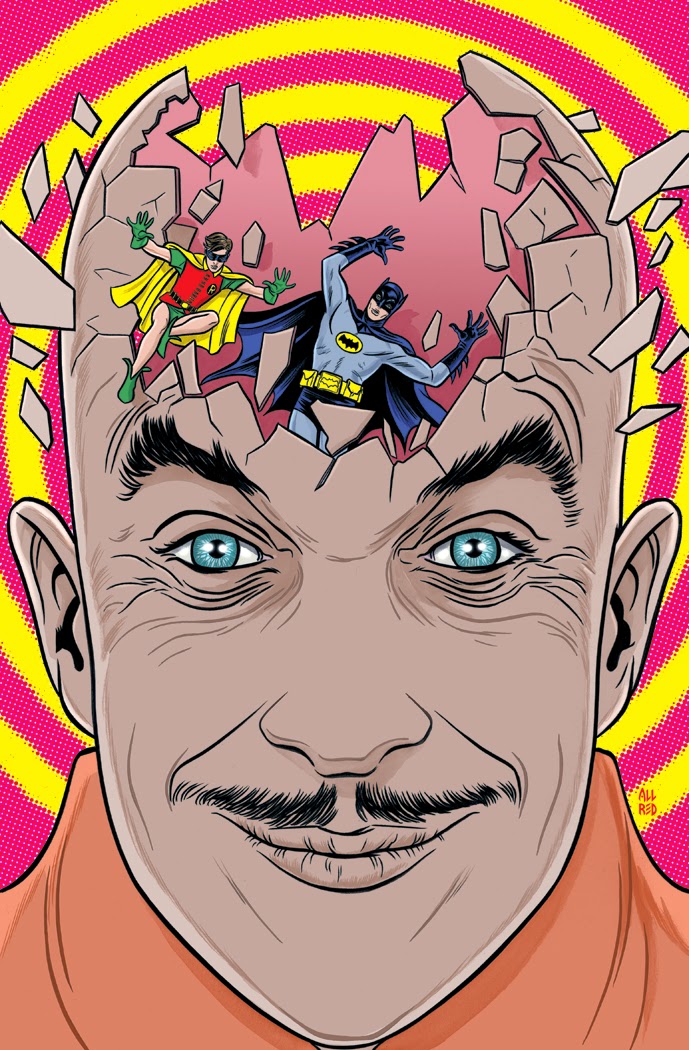 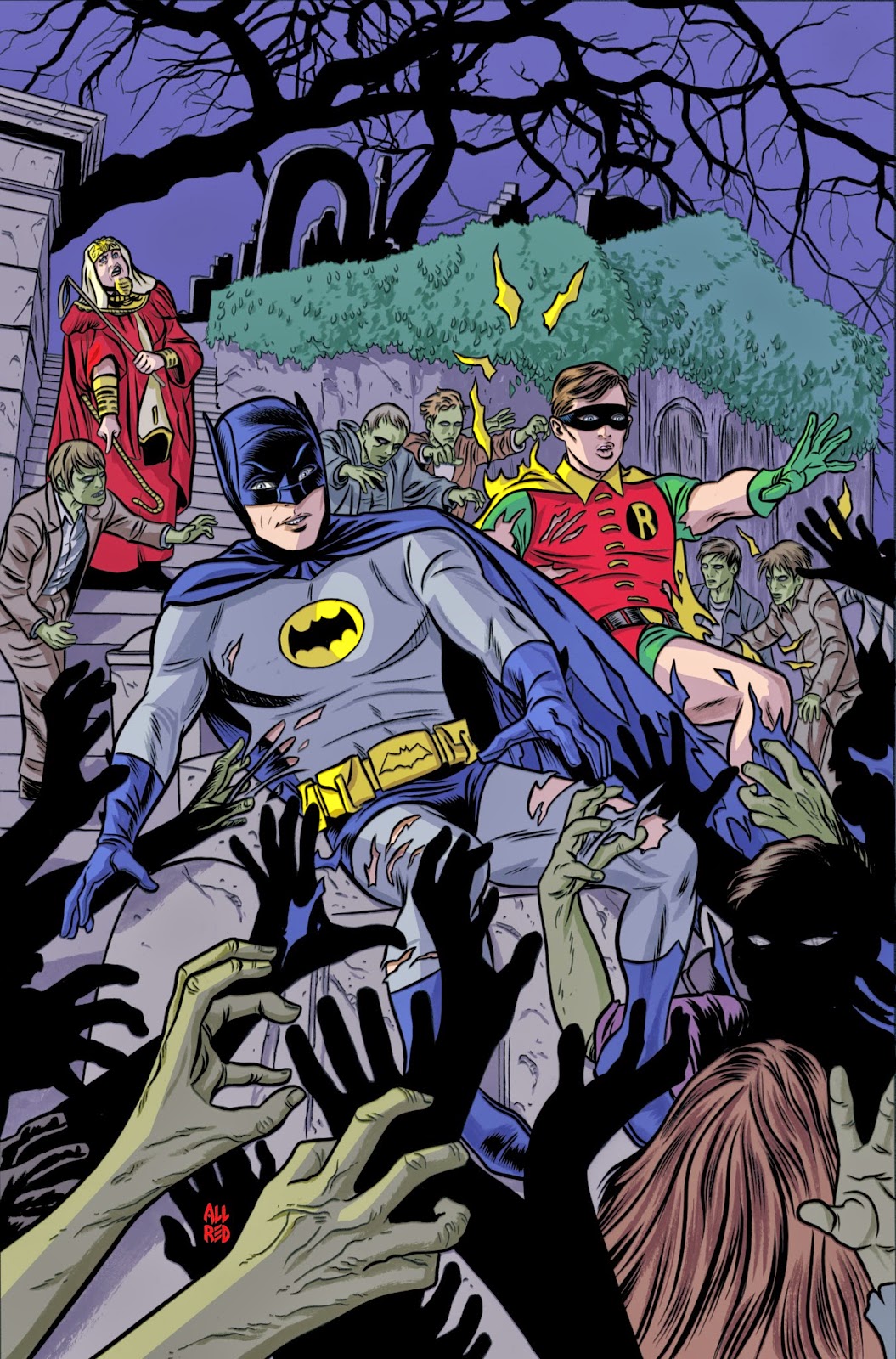 Posted by Michael Allred at 6:16 PM